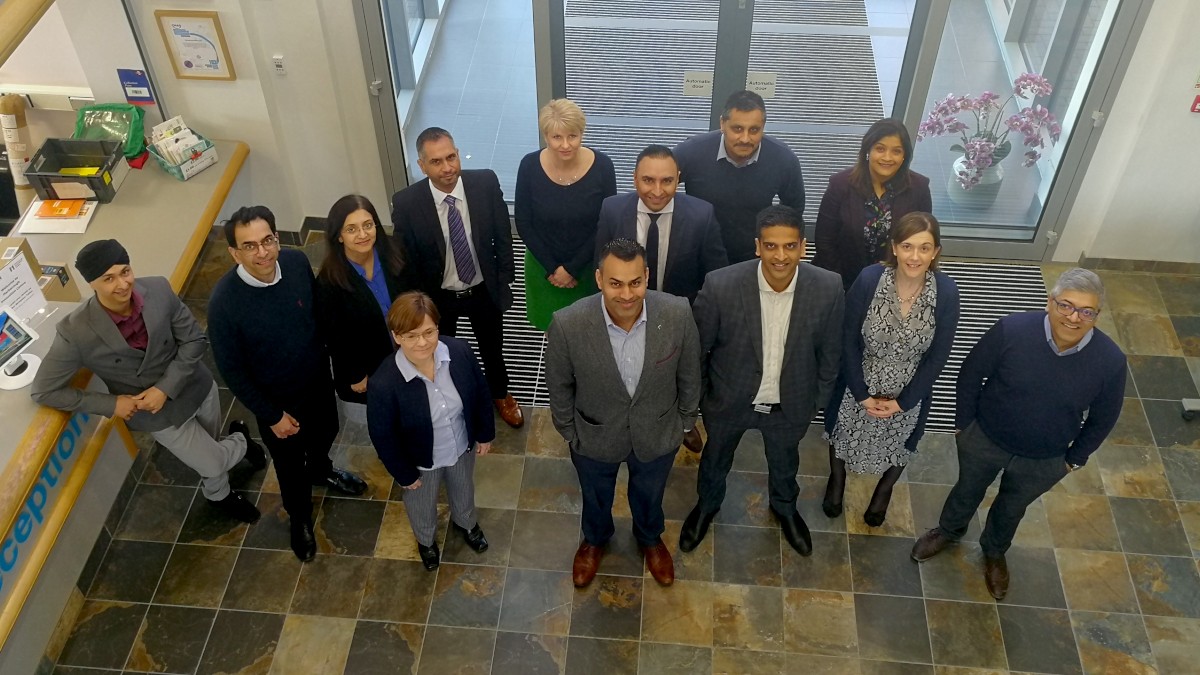 “It’s a bit of a wrench leaving the centre,” says Director Mihir Shah.

“We started upstairs with the four of us, then moved to the big office downstairs because the team was growing. We got to the stage where we either stayed, kept the large office we had and rented out a smaller office, or moved on. We weighed it up and decided, in the long run, it’s more viable for us to have our own office than stay at the Centre.” Among the many things Mihir says, IFA will miss is the support that being in an environment like HIC provides. “We know we’re in a different world now,” he says. “A lot of the stuff that was done for us at the centre we now have to do for ourselves! But we knew that and that’s all part of the project of expanding.

“The thing we’ll miss most is that you can just get on with your business and pretty much everything is done for you. You don’t know what you’ve got till it’s gone. All the back-up, the infrastructure, having the cafe on site, having a package where you pay one fee and everything’s done and you just get on and run your business.”

Mihir says the company enjoyed it’s the time at HIC: “We’ve had four fantastic years there and I’ll always have good things to say about the centre. If anyone says to me they have a new business and are looking at premises, my number one recommendation would be HIC.”

And he’s full of praise for our management team. “Liza, Caroline, Keri and Rebekah have all been more than helpful,” he says. “If ever we needed anything done, they always had a positive attitude and always wanted to help. If something goes wrong with the heating or lighting, you just ring reception and they take care of it for you. They’ve always been there to help us.”

But the team is excited about its new premises. Mihir says: “We’ve now got room to grow in our own space. If we take on more support staff or advisors, we can do it within the office. We have eight dedicated parking spaces and there’s more off-road parking behind us. Lutterworth itself is smaller than Harborough, but there are places to eat and to take clients, so it’s got everything we need.”

The team will still visit HIC occasionally, though. “We have some clients who will continue to want meetings at the centre rather than here. For those clients, we’re happy to book a room and see them there. So we’ll still have a connection.”

Thanks to all at IFA for four great years. We’ll miss you!