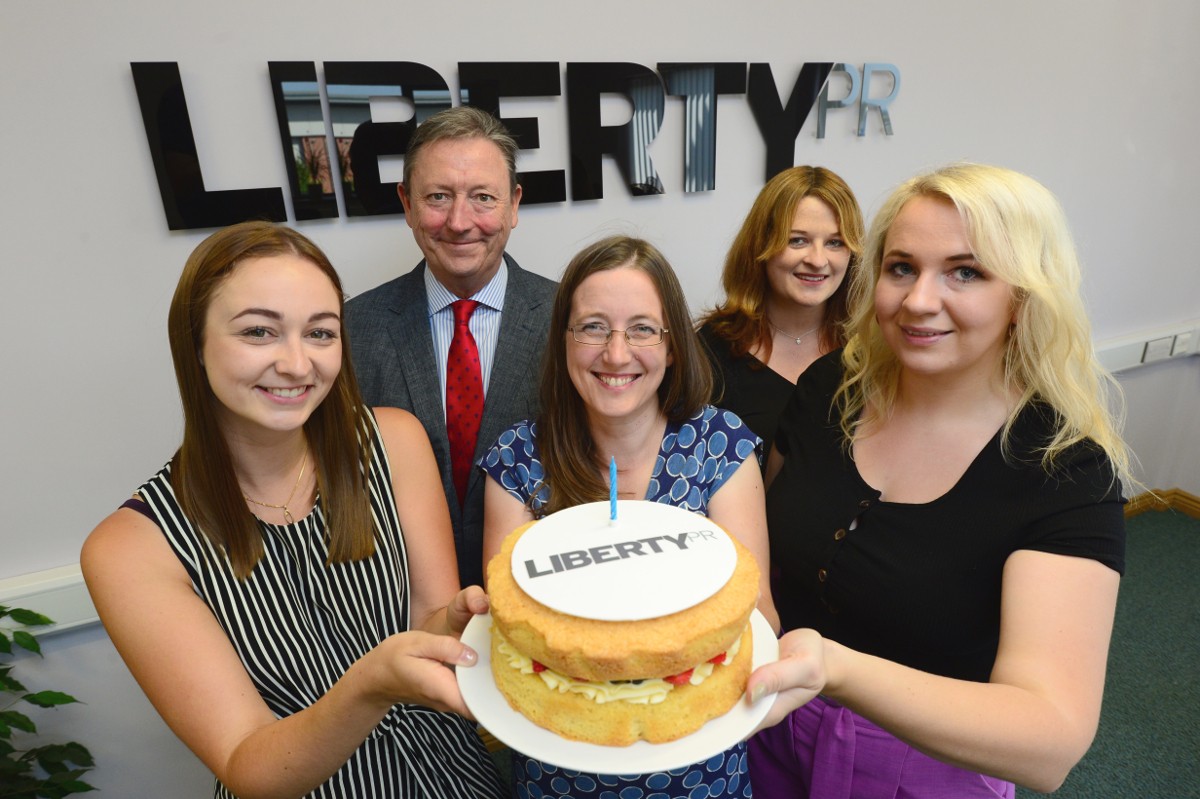 The team at Liberty PR celebrated their first-anniversary last month, and it’s been a successful first year.

Having decided to set up their agency, founders Lisa Jolly and David Watts have been busy ever since, and have taken on three new team members to cope with the work already. Along the way, they’ve appreciated the convenience offered by being based at HIC, and the help and support the centre team has given them.

To begin with, Liberty needed an office they could move straight into and get on with business. “We came to the centre and said that we needed an office straight away,” says Lisa. “We were immediately very busy, so we needed to have somewhere with working facilities and broadband, and we couldn’t wait around for any of that.

“When we started we were able to just come and plug in. If we’d gone somewhere else and had to start from scratch with agreements, broadband and everything else that we need, it would’ve hampered our ability to do the job we needed to do immediately.”

Since moving in, they’ve come to appreciate the sense of camaraderie in the building, as well as the chance to work with other companies on projects. “One of the things the centre brings us is the ability to be full service,” says David. “We’re working on a project now with a marketing company that’s based in the building. We can be in and out of each other’s offices when we’re working on a project. That spirit of collaboration is really important. It’s something we get in the centre that we wouldn’t anywhere else.”

The team also finds the centre an excellent place to receive clients. David says: “The standard of the presentation here is a massive help. We encourage clients to come to us. For a start-up company, we didn’t think we’d be in a position to invite clients to visit us, because we’d have been in a small office. The centre allowed us to be more professional.”

Lisa and David are keen to expand, and they feel that the centre offers them the flexibility to do that. “We’re ambitious and we want to grow,” says Lisa. “We have a lot of people that we’re talking to at the moment, and there are one or two things that could mark the next stage of our growth.”

But they’re happy for HIC to be part of that growth. “There hasn’t been a single day since we opened Liberty PR that we doubted this was the right thing to do,” says David. “I can’t imagine what it would’ve been like to have been somewhere else. We certainly think of this as our medium-term future, rather than just a stepping stone.”